The process of working with release candidates is much a more professionalway of releasing software, but much less exciting from a developers point of view. A release candidate becomes the release when there’s no bugs found in it*, which is months after the interesting work is complete. From my perspective all the interesting work was done months ago, and we’ve just been shaking it down to get it ready for primetime. That said, it’s quite exciting working on a project which has grown from me tinkering in a metaphorical basement, to whole team. Traditionally someone discovers a bug within about 6 hours of a .0 END_OF_DOCUMENT_TOKEN_TO_BE_REPLACED 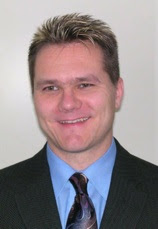 The EPrints team would like to welcome a new member.Christian Gumpenberger is based in Austria and will provide consultancy for general EPrints initiatives such as marketing, new customer development and training as well as for specific EPrints projects such as the ongoing repository project at the Swiss pharmaceutical company Novartis. Christian holds a master’s and doctor’s degree in Veterinary Medicine as well as a master’s degree in Library and Information Science. He held senior information management positions in academia as well as in industry. In his last position he was managing the Novartis Knowledge Center in Vienna, where he introduced the concept of Open Access. END_OF_DOCUMENT_TOKEN_TO_BE_REPLACED

The New Features in EPrints 3.1 wiki page lists a couple of dozen major and minor changes in EPrints 3.1, but they aren’t everything on the list of things we *wanted* to make by any stretch of the imagination (for example, WebDAV support was a favourite of mine that we missed off). So how did we settle on this particular set of features? First off, EPrints has a kind of unwritten mission statement that says “repositories have a job to do”. It comes from the early days in 1999 when the formation of the OAI led Stevan Harnad to promise to create a piece of END_OF_DOCUMENT_TOKEN_TO_BE_REPLACED

The aim of this blog is to keep you up-to-date with what’s happening behind the scenes with EPrints. There’s an awful lot of EPrints activity that goes unregarded apart from the people it directly concerns, so this blog is an attempt to make the EPrints activities a bit more open. To be honest I’m not sure whether it will turn out to be a strictly factual and academic reporting of Issues and Events, or whether it will contain insider gossip – a kind of repository manager’s Hello! magazine. (Get the lowdown on Chris Gutteridge’s latest hair color. And who was that handsome code gorilla at END_OF_DOCUMENT_TOKEN_TO_BE_REPLACED